In this prototype I just add another offset in the other axis. (Quick hack so I can do some cool spirals and loops at least yay). That is going to be the next step, full directional control just like the deformer in Max. 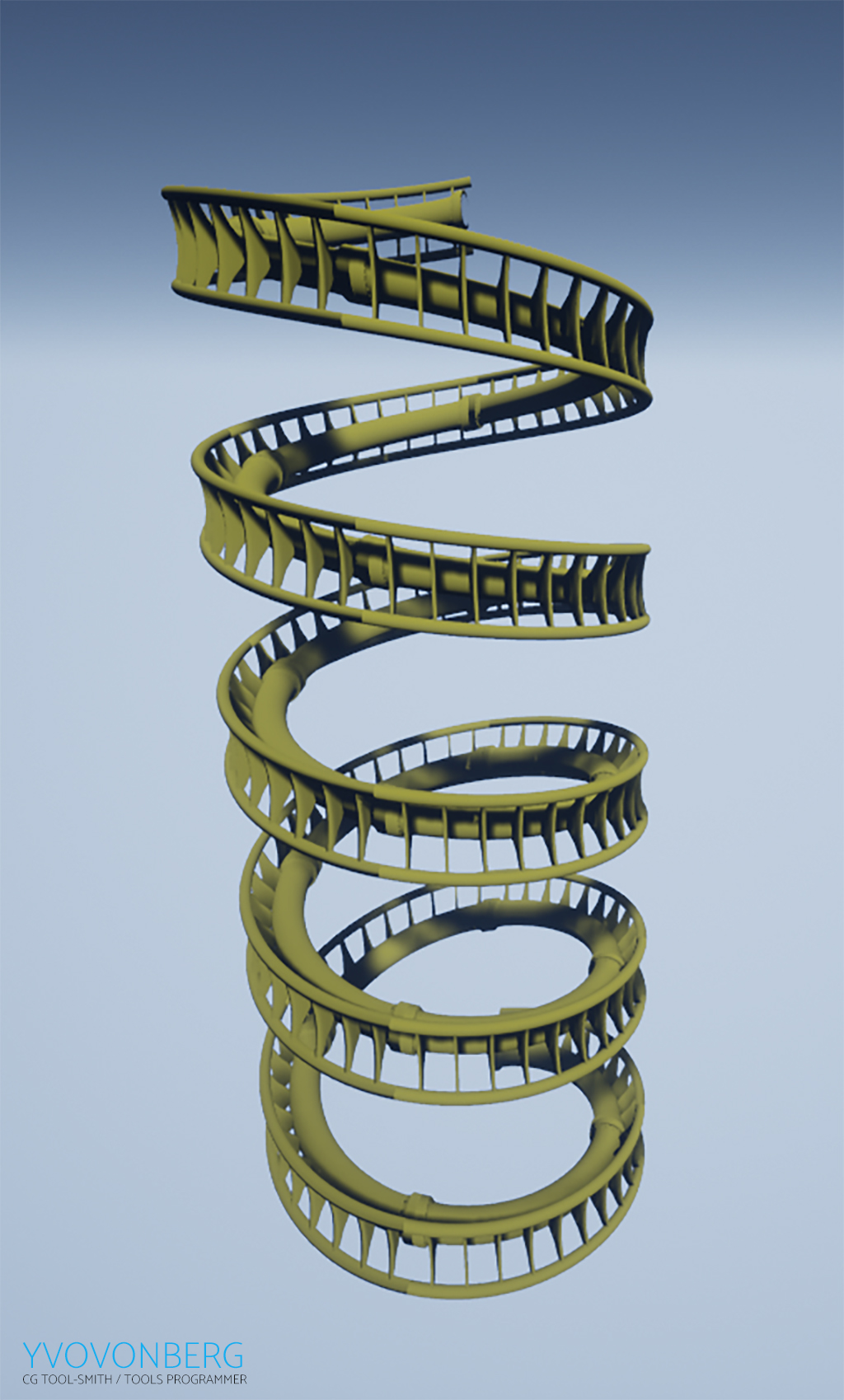 So my original goal starting this project was to create a port of my original tool that I made for 3Ds Max ( Tycoon ). That tool is basically an extension of the existing bend deformer in Max, for the Unreal version I had no existing deformer.

My first idea was actually to just deform a point in a circle, but I though it would be better or more flexible to investigate other methods first ( FFD, MVC and other deformation methods). But rotating the point seems to work fine, and really exact. I might use the FFD deformation if want to have more ‘dynamic/sculpting’ control, for this prototype I just want things to bend say exactly 90 degrees.

Taking the concept I learned while researching the barycentric coordinates further by applying it to 3D cages. One algorithm I found that seems to work for what I’m trying to do is Free Form Deformation. That method is very common in a lot of 3D applications but I never took the time to figure out how it works under the hood. 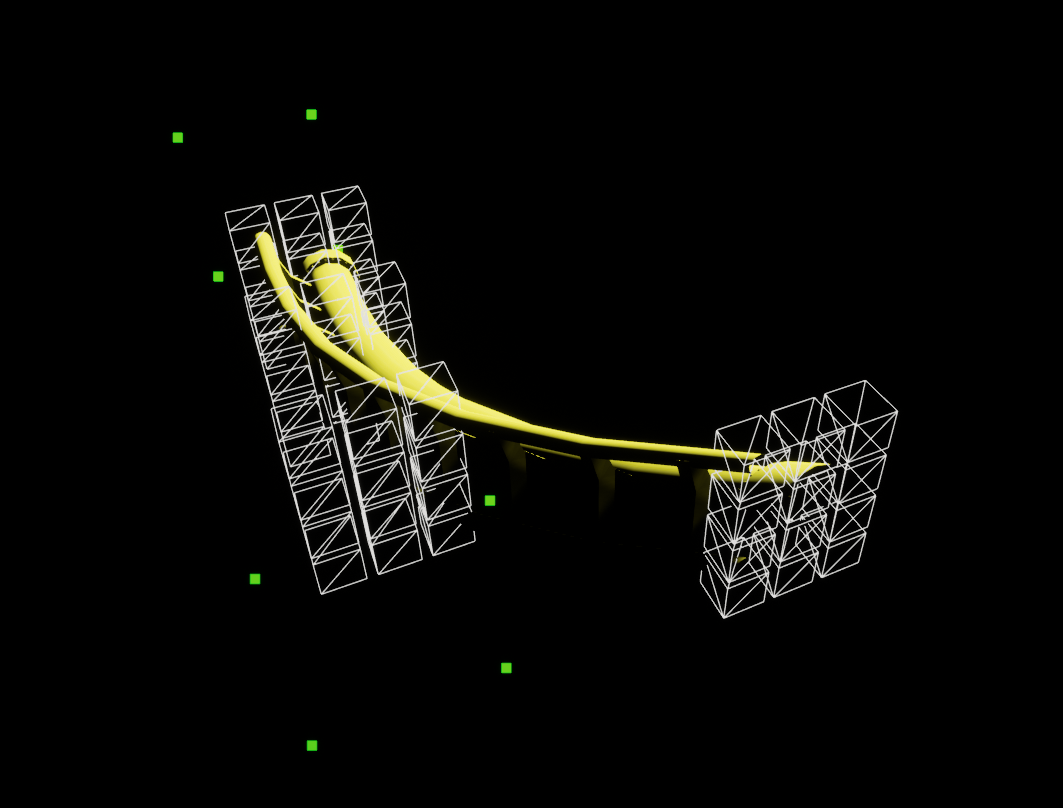 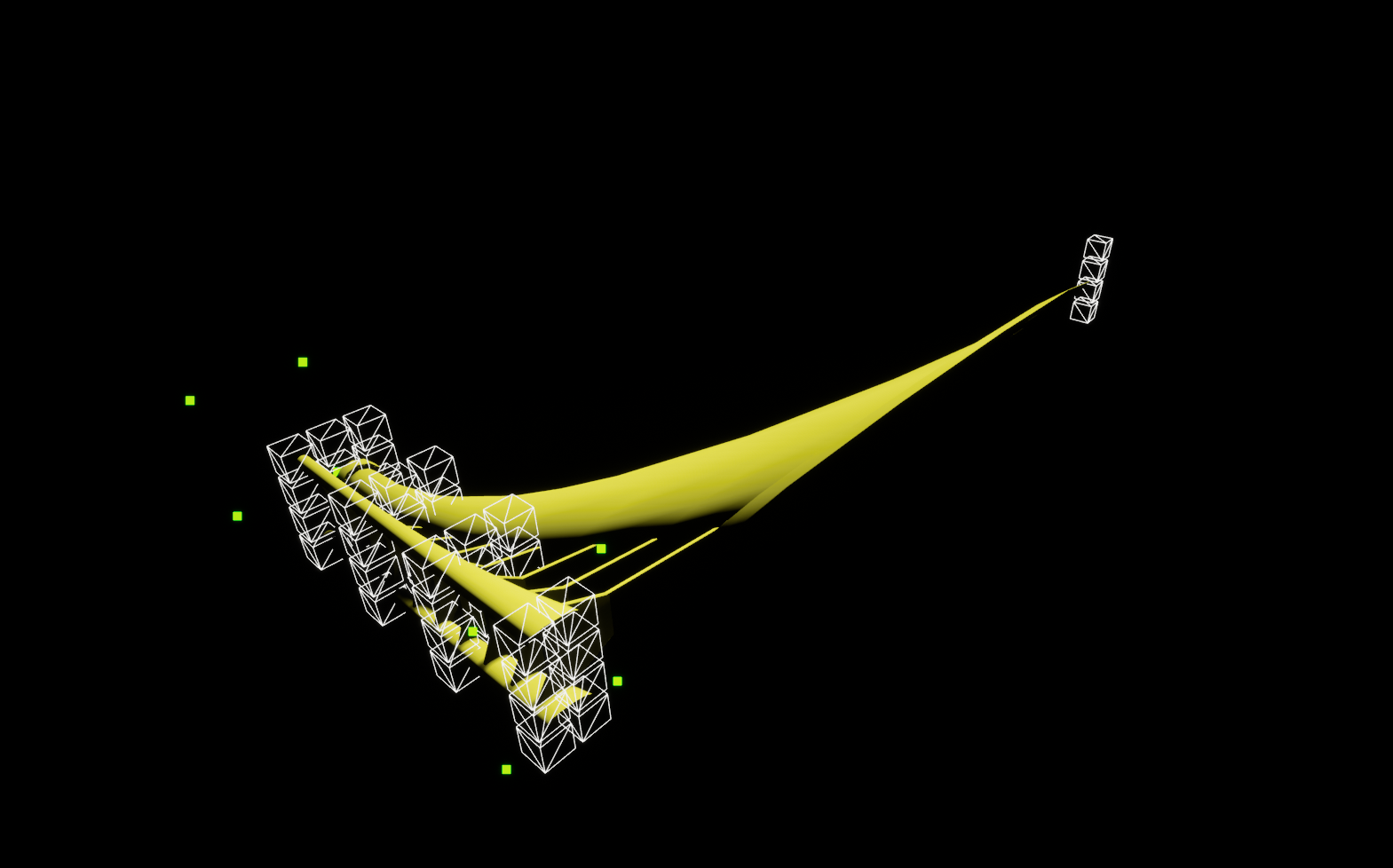 Doing research to find out how to approach a mesh deformer. I think I can use this to create a free form deformation (FFD) deformer: https://en.wikipedia.org/wiki/Barycentric_coordinate_system

How does it work

In order to deform a point within another shape, we have to remap the point in world space relative to the cage.

Quick script that I made while reading about how engines converts alembic caches into something that plays in real-time, I guess this happens under the hood when you drag n drop an alembic file with animation into the engine:

Wanted to see if I could create a script in Maya that does the same thing: